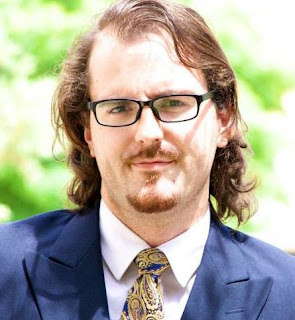 Greg Sisco: Hello. I kill fictional people to make a living. I’m an American and I live in Texas at the moment, but I’ve also lived in Mexico and China over the last few years. I write novels and I’ve also written and directed two movies. Most of what I write is either horror or crime with an undercurrent of comedy running through it.

Michael Schmidt: Your novel One-Night Stan´s is your debut in German language. You speak a bit german?

Greg Sisco: No. I met quite a few German tourists and expats when I used to live in China. Every German I met seemed to speak fantastic English, so it was a little embarrassing how little German I know. And today German fans contact me once in a while to tell me they loved my book, which is always really nice to hear. I should try to learn a little more. All I know how to say is “Prost!”

Greg Sisco: I wrote it as a screenplay years before I turned it into a novel. I knew an actress who said she’d love to play a stripper who is a secret assassin, and I was trying to think of the right way to do that. That was the catalyst. I wanted something very pulpy and dirty, but fun and a little silly. I drew a lot of inspiration from the early Tarantino and Guy Ritchie movies.

Michael Schmidt: At the beginning the story act like a C-Movie. But longer it takes I see a lot of intelligent humor and a bit satire of this style of movies and novels.

Greg Sisco: In fiction, and especially in genre fiction, there are formulas for how a story unfolds that I think most of us are used to on a subconscious level. A lot of what I was hoping I could do was to start off with a pulp crime story that plays to all of the clichés of the genre, and then gradually begin to lead the reader in one direction before suddenly veering the other direction. I love dark comedy and I tried to keep it funny too. If you go to really dark places in fiction, which One-Night Stan’s does, it can put readers in an uncomfortable place that takes an emotional toll as you read it. That’s not a bad thing, but it’s not what I wanted with One-Night Stan’s. Those dark places feel a little safer and more fun when you’re allowed to laugh at them, and I think that way you’re less likely to finish a chapter and feel like you need to take a break from the book for a day or two.

Michael Schmidt: What do you think is the difference between books and movies and do you like both in the same way?

Greg Sisco: It depends whether I answer as a creator or a consumer. I love watching movies and reading books, and I love making movies and writing books. As a consumer, the difference is that a book is a more personal experience between you and the writer, whereas a movie is usually a shared experience with friends or family or someone.  As a creator, it’s similar. When I’m writing a book, it’s just me figuring everything out. When I’m making a movie, there are actors and producers and cinematographers, and everyone is figuring out a different detail. I like the collaborative experience of movies, both as a consumer and as a creator, and I like the more personal experience of books, both as a consumer and as a creator. I think I like working on movies more because it flexes more muscles creatively, but I’d hate to give up either one.

Michael Schmidt: On your website Greg Sisco I have read you are a self-publisher. Is this self-publisher scene a big one and how you can attract attention as a new author?

Greg Sisco: There was a self-publishing explosion a few years ago where it seemed like everyone who owned a laptop had a novel coming out. A few people struck it rich, so a lot of people rushed to take a shot, but I think it’s dying down now. My interest in self-publishing is that I don’t need to ask for permission. It’s very hard to get a movie in front of audiences without finding a distributor to invest in you, and if you spend two years and an enormous amount of money making a movie and then nobody will show it to the world for you, it’s really heartbreaking. After having that happen with a couple of movies, it felt really good to be able to turn to novels and just put them out there and let the readers of the world decide. But it’s hard to attract attention. I’m still learning how to do that. The only time I’ve worked with a publisher so far is the German version of One-Night Stan’s. It seems to be doing really well. Maybe I should be trying a little more traditional publishing after all.

Michael Schmidt: How do you come in contact with German Luzifer Verlag and what do you think about the German edition? Did you have contact to the translator?

Greg Sisco: Steffen Janssen, who runs Luzifer Verlag, found me. I don’t know exactly how the book came to him, but he contacted me one day to ask about doing a German translation and I said I’d love to see that happen. The translator was Madeleine Seither. I have emailed back and forth with both of them a little bit, but I wasn’t involved in the translation. They are the people who made the German version happen. I can’t speak the language, so there’s not much I could have done to help them, but they didn’t need my help. I can’t understand a word of the German book, but the reaction to it seems to be pretty positive, so Madeleine must have done a great job.

Michael Schmidt: How many novels and stories you have written and published and is it planned to translate one in German?

Greg Sisco: I just published my fifth novel in English. It’s called In Nightmares We’re Alone. It’s three horror stories that are loosely connected to each other. I have also written two vampire novels that are part of an ongoing series, and I wrote a very bizarre murder mystery comedy about a time-traveling cowboy detective. Right now there are no plans for German translations of any of them, but I would love to see them translated if an offer comes along.

Michael Schmidt: You are actually working on some stuff?

Greg Sisco: It took me a lot longer than usual to write my last book, so I thought I’d give myself a month or two to recover before I get to work on something new. It’s been about six weeks now and I think I’m about ready to go back to working hard at something. I need to get the third book in my vampire series written and I have a movie I’m hoping to start work on soon.

Michael Schmidt: Thanks for your answer. Any message to the German readers?

Greg Sisco: Just a thank you. One-Night Stan’s is probably my favorite book I’ve written, and a few weeks ago there was a free promotion where it became the number one book on Amazon there. That was really exciting and rewarding for me. So thanks to the readers of Germany for their interest. I hope that enthusiasm keeps up and we can translate some more of my books for you. 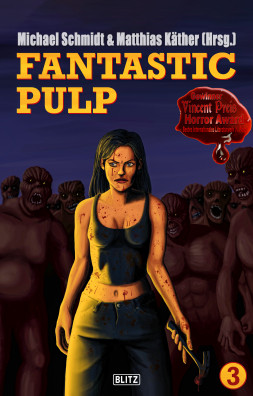